Shaun C. Whiteside works with acrylic paint in a style most influenced by Abstract Expressionism, with an emphasis on the metaphysical and emotional realm, rather than on optical reality. Using several layers of thin glazes, partially washed away, he creates oppressively dense atmospheric environments, with biomorphic, liquid shapes within them.

Whiteside graduated with a BA from CNU's art department in 2007, and received an MFA from Radford University in 2011, where he studied under Doctor Halide Salam. He is currently an adjunct instructor at Radford University. 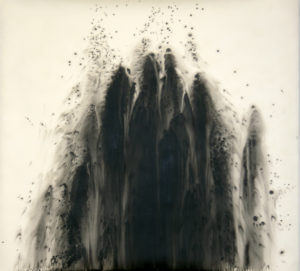